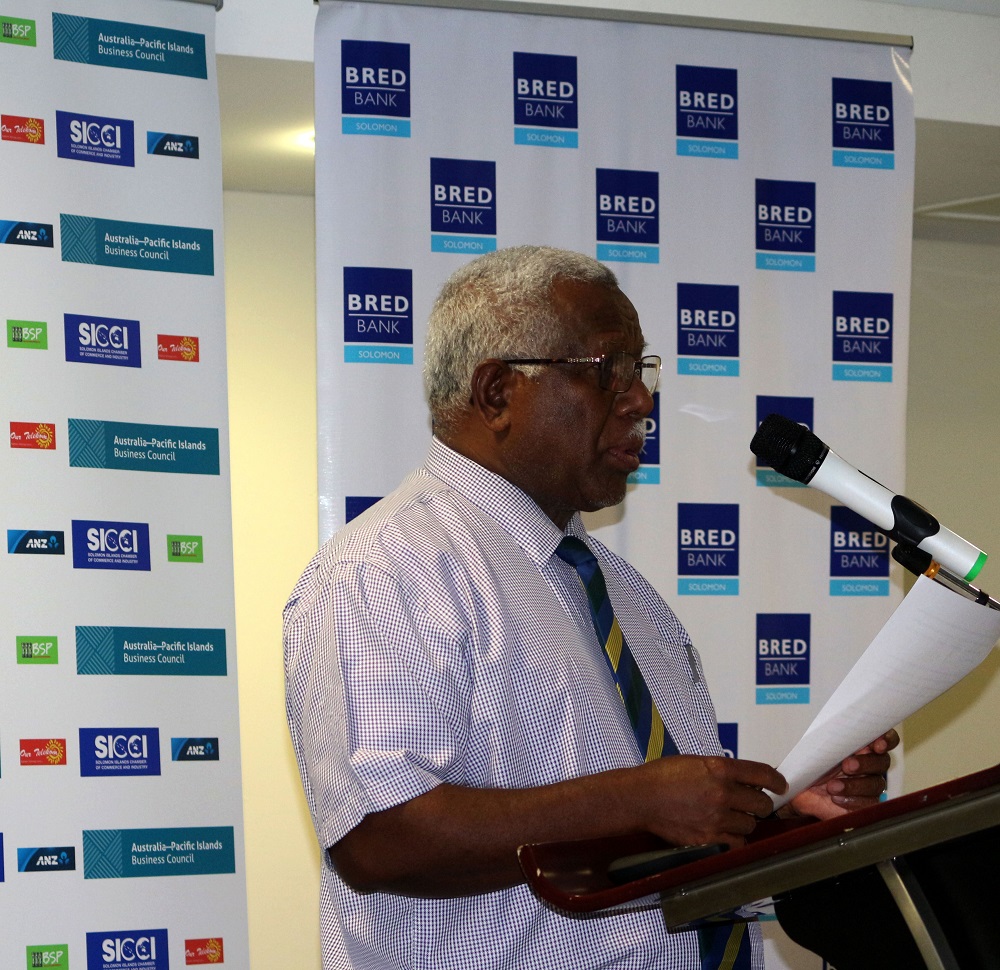 Ten infrastructure projects are been identified to be the focus of the Solomon Islands Government within the next five years.

Minister of National Planning and Development Coordination, Hon Rick Houenipwela revealed this during the 11th Australia Solomon Islands Business Forum hosted in Honiara last week from 11-12 September 2019 where the Minister was guest speaker during a session on ‘Financing Infrastructure for Sustainable Economic Growth’.

Out of the 55 projects, the ten high priority projects are identified for the next five years.

The Democratic Coalition Government for Advancement (DCGA) Statement and Policy Translation and Strategy, launched in July, also affirms the Government’s intention to accelerate the development of physical and economic infrastructure to build foundations for long-term growth.

“It also states that the Government will have to allocate sufficient budget and increase national spending for roads, port services, airports and power and communications infrastructure projects,” Hon Houenipwela said.

“The Government is putting together a new concept of transformational, game changer transportation infrastructure projects,” he added.