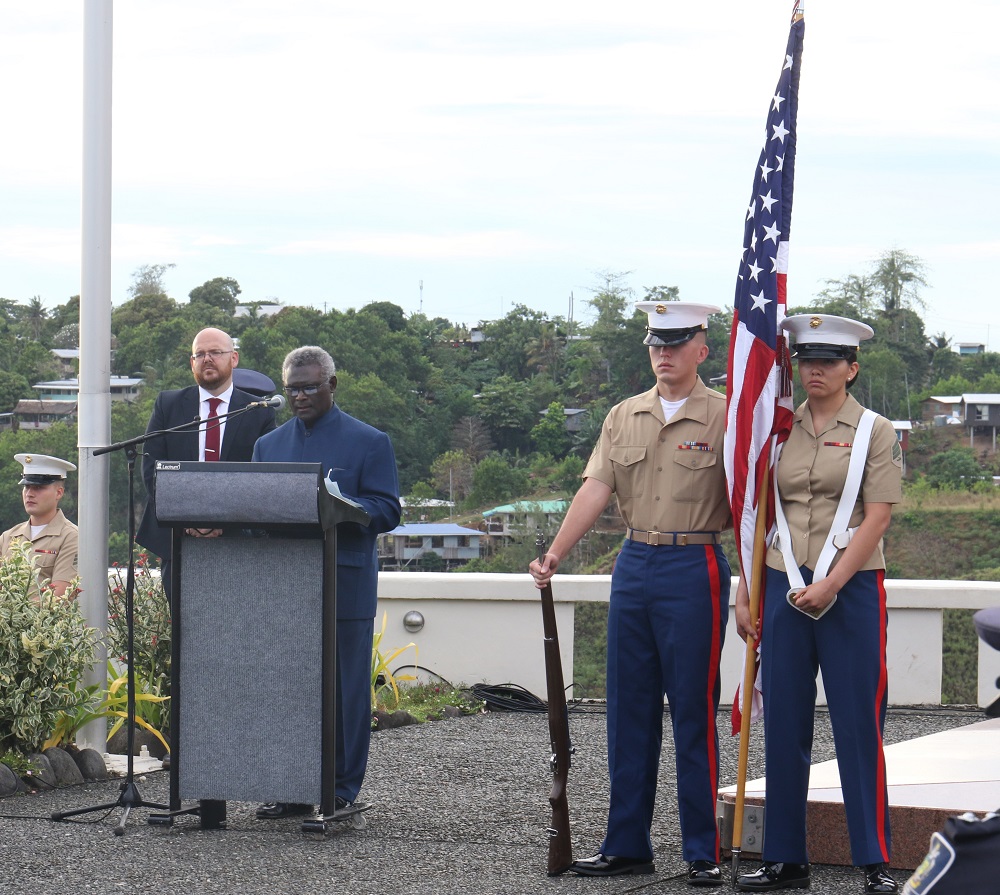 PRIME Minister Hon. Manasseh Sogavare (MP) has joined in the commemoration of the World War II 77th Anniversary of the landing at Guadalcanal.

The ceremonies took place at the American War Memorial at Skyline and followed at the Coast Watcher & Solomon Scouts Memorial Service at the Commonwealth Street this morning.

In his remarks at the ceremony at Skyline Ridge the Prime Minister stated,

“Today we pay homage to those who shaped the history of our country. We pause to remember the bravery, the sacrifices and the legacies of those who served and fought in one of the world’s deadliest conflicts during the Second World War.

On this very land, hundreds of brave and courageous men laid down their lives to defend and advance the cause of freedom,” he stated.

According to the Prime Minister, the second World War propelled Solomon Islands to the Centre of some of the most significant battles fought during the Allied Campaign in the Pacific Region.

“Today we can only draw lessons from these conflicts in the hope that such conflicts must never be allowed to happen again,” he said.

Hon. Sogavare also stated that the war also highlighted the strengths of the human spirit and ultimate sacrifices made for liberty and freedom.

“We remember the brave soldiers, marines, and coast watchers that served and fought in harsh conditions in our islands.

The Prime Minister further reiterated that as these valiant acts of bravery and sacrifices are remembered, the value of peace and freedom without which our peaceful co-existence and respect for each other would not prevail throughout our nation, our region and in the global community must be understood and appreciated.

He further mentioned that the annual commemoration Service reminder of the tragedies of war and that they cannot be forgotten.

“They must continue to serve as a constant reminder to mankind that war serves no purpose,” he said.