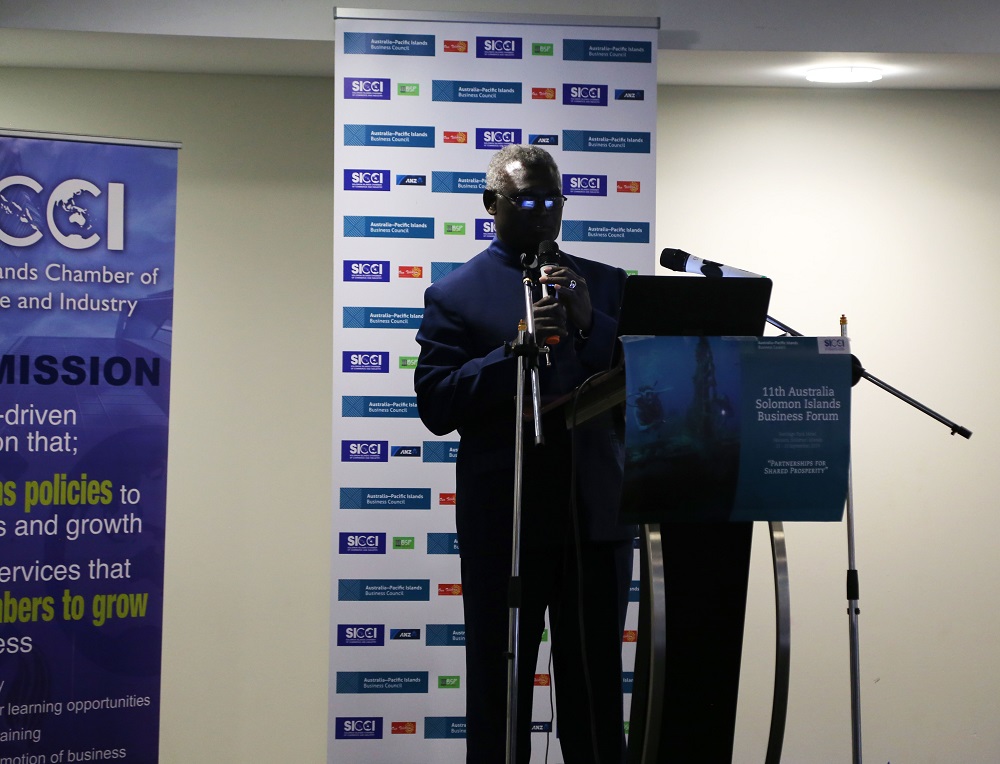 The Prime Minister made announcement during the 11th Australia Solomon Islands Business Forum that concluded in Honiara on Thursday 12th September 2019.

The tax reform in the Solomon Islands is spearheaded by the Ministry of Finance and Treasury.

“Government is open to inputs and dialogue in this area,” Hon Sogavare told Forum delegates and members of the private sector.

“The Government intends to bring to Parliament the Tax Administration Bill, Customs and Excise Bill and Value Added Tax Bill. This may not happen in this meeting but the next meeting of Parliament in 2020.

“The PAYE threshold is currently being reviewed as well. Consultations in are in various stages, and obviously the private sector will be consulted in due time,” the Prime Minister said.

The Solomon Islands Chamber of Commerce and Industry (SICCI), as the peak body representing private sector, welcomes the progress made so far by Government in tax reform.

In 2017, SICCI commissioned a Private Sector Scan study in getting views of the Solomon Islands business community and among the key impediments to business highlighted was the country’s current tax regime.

“I was paid a courtesy visit last week by Solomon Islands Tobacco Company (SITCO) and Solomon Breweries Ltd (Solbrew). We had a very informative and fruitful discussion. It was really interesting to hear their views with regards to excise taxes, and how they can assist in working together with the Government to ensure a win-win situation for all.

“After that discussion I realized that our tax regime in this instance has resulted in the Government losing out on millions of dollars. I have since instructed my staff to work closely with other relevant ministries to address this,” he said.

Hon Sogavare said it was also quite alarming to learn that Solomon Brewery Limited has laid off 51 of its workers.

“This is a great concern to this Government.

“Any tax regime must be one that encourages and promotes employment. I do understand that there are external factors as well, but we must have a system in place that can cushion the impacts of these external factors,” Prime Minister, Hon Sogavare, said.