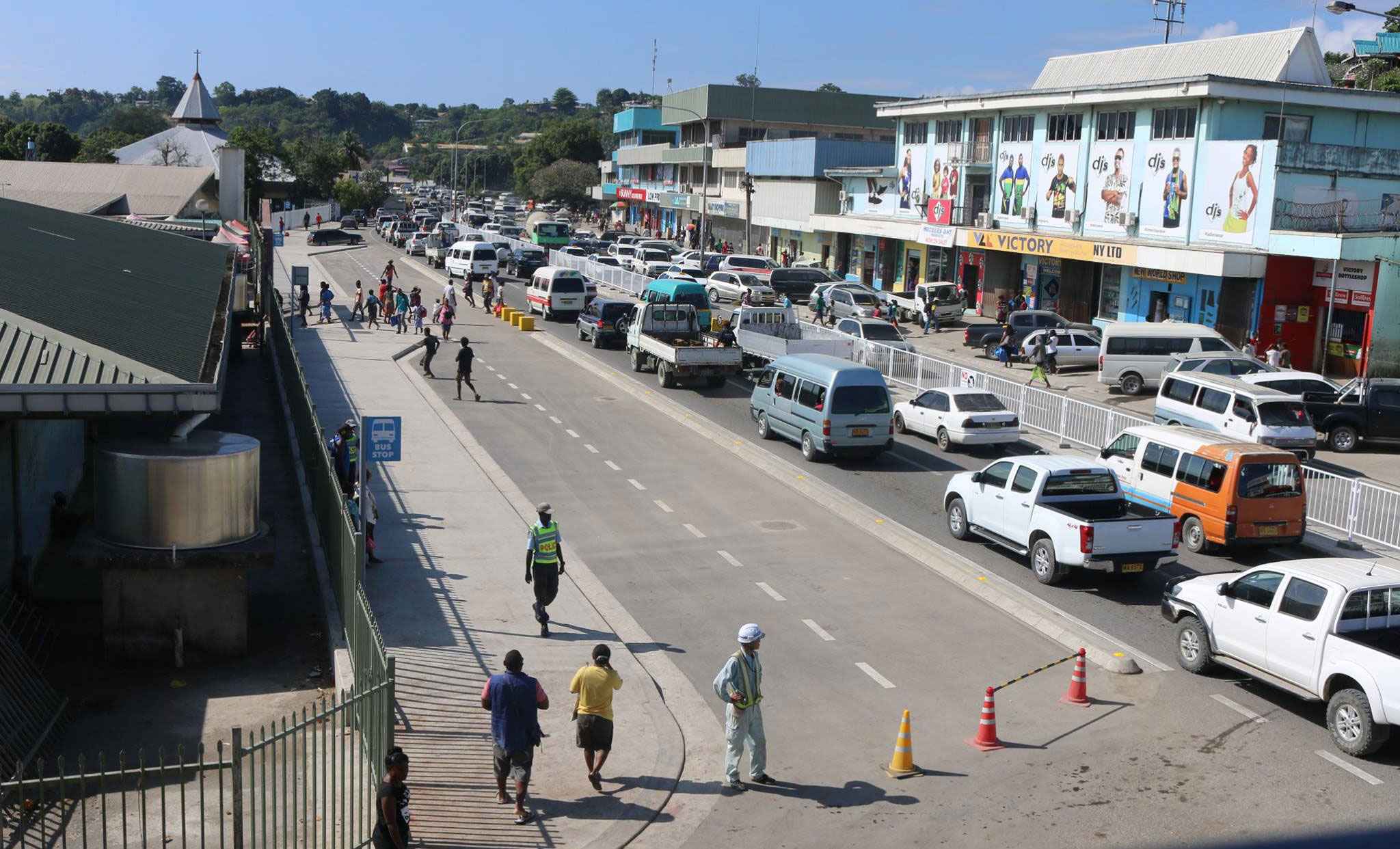 SICCI calls on MID to convene Road Transport Board

The Solomon Islands Chamber of Commerce and Industry (SICCI) calls on Government through the Ministry of Infrastructure and Development (MID) to convene the Road Transport Board (RTB).

The RTB has not been activated since its establishment in 2009.

SICCI firmly believes that its convening will ensure that traffic rules are enforced.

SICCI Board Member and Honiara businessman, Sir Bruce Saunders says until the RTB is formed and operating, the Royal Solomon Islands Police Force (RSIPF) has no power in imposing penalties when taking control of the traffic management in the City.

One practical way this can be done would be in imposing penalties in managing traffic in Honiara City.

The RTB was set up by the 2009 Traffic Amendment Act. This Act placed responsibility for the licensing and regulation of road transport, and the enforcement of traffic regulations with the RTB.

“The RTB will allow for proper administration and better enforcement of our traffic laws, which could then include on-the-spot fines, appointment of enforcement officers and undertaking of prosecutions in the Magistrates’ Courts by officers of the Board for minor offences,” the SICCI CEO said.

According to the Act, the functions of the RTB are (a) to formulate, implement, monitor and review policies in relation to road transport, in conjunction with the functions of the Ministry to formulate nation transport policy; (b) to coordinate the implementation, administration and enforcement of this Act; (c) to prepare and submit quarterly reports to the Minister on the implementation, administration and enforcement of this Act; (d) to submit to the Minister any information in relation to this Act, if so required by the Minister; and (e) other functions given to it under this Act or any other written law.

The objective of the Act can be achieved by the activation of the RTB.

The RTB is responsible for carrying out the functions and powers under the Act for the registration and licensing of motor vehicles and licensing of drivers, including formulation of road transport policies for consideration by Government.

It also has the power to institute and conduct prosecutions for offences under this Act, its regulations or Highway Code, subject to any written directions by the Director of Public Prosecutions, and to exercise any other powers conferred on it under this Act or any other written law.

Therefore, SICCI appeals to the Permanent Secretary of MID and Chairman of the RTB to call for the first properly-constituted meeting of the Board.

Under a Memorandum of Understanding (MoU) SICCI and the RSIPF signed in 2018, an Executive Working Group was established and one of the issues discussed was the traffic congestion usually experienced at the Fishing village market.

They both agree that it is common knowledge that adhoc parking at the Fishing village market is the cause of the congestion.

“But without the RTB, Police does not have the authority to give infringement notices and enforce them. Only the RTB can have this power as stipulated in the Traffic (Amendment) Act,” says Sir Bruce.

Mr Ta’amora cautioned that the combination of continued economic growth and an increasing population means that congestion in Honiara is only going to get worse if not managed properly and in a well-coordinated manner.

“I believe that convening the Road Transport Board (RTB) will be a significant step towards driving improvements to traffic congestion in Honiara which will not only impact productivity for private sector but will also ensure that public servants get to work on time which in turn will positively improve the performance of our public service and our students will be able to arrive in schools on time,” Mr Ta’amora further added.

Key research that supports this call by SICCI was one done by the Economics Association of Solomon Islands (EASI) in 2017.

The research found that the cost of the amount of time spent sitting in traffic due to congestion instead of working productively in the office is SBD3.7 million each year.