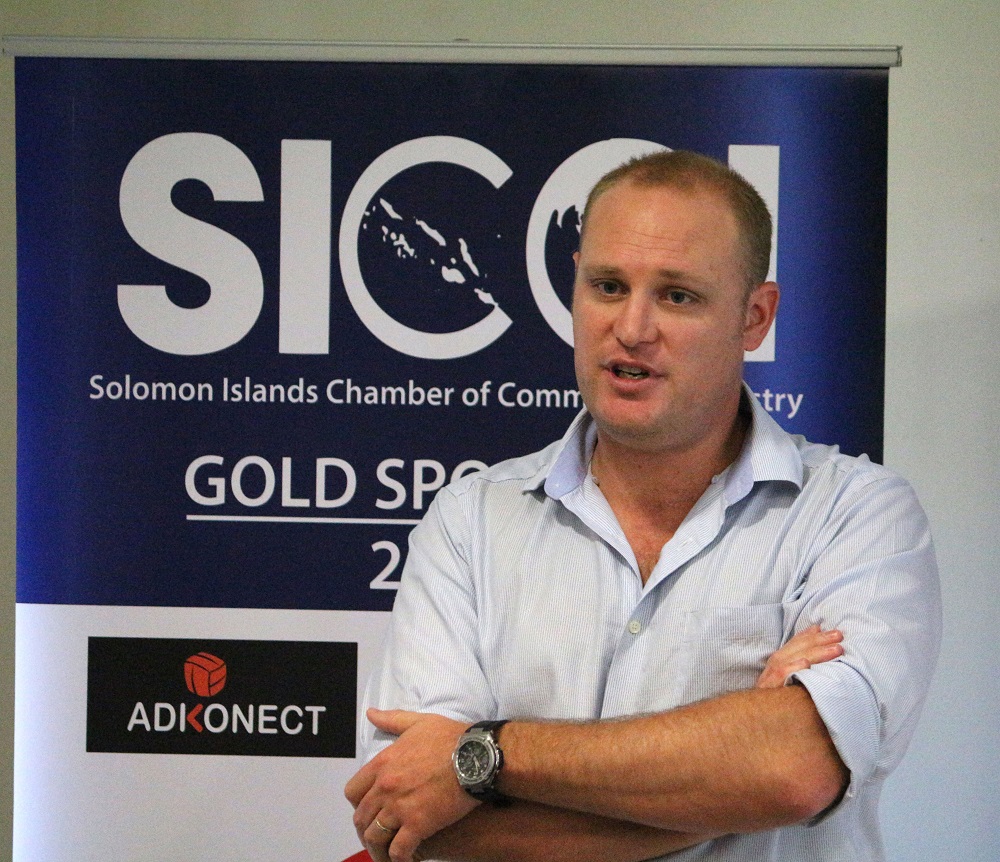 This followed the success of an infrastructure roundtable hosted earlier on Thursday 18 July 2019 which also discussed key infrastructure priorities for the private sector.

This is part of SICCI’s advocacy efforts to address the key impediments to economic growth maintaining that in order for businesses to grow, it is imperative that there is an enabling business environment that supports economic growth, encourage business growth and the creation of jobs for Solomon Islanders.

“The main aim behind hosting these roundtable forums is for SICCI members to identify areas of partnership with the Solomon Islands Government through its relevant ministries and for our members to bring up issues, challenges and recommendations to inform government policy efforts,” SICCI Executive Officer, Mr Nelson Kere, said.

In the agriculture sector, SICCI members highlighted that Government must allocate necessary resources towards services that will allow for the sector to grow.

There is also a need to provide appropriate support for small holders who face a range of challenges regarding access to information, meeting market demands.

SICCI members also highlighted that there can be improved coordination between Government, development partners and private sector in the agriculture space.

During the land reform roundtable held on Wednesday 31 July 2019, Commissioner of Lands, Mr Allan McNeil made a presentation on the Strata Titles Act while National Recorder from the Ministry of Lands, Housing and Survey, Ms Mary Tegavota presented on Customary Land Registration.

“To develop businesses in these sectors, will require substantial investment and we need the fundamental building blocks to be in place as a pre-requisite for investment. Investments will first and foremost require access to land in a manner that is secure, transparent and streamlined.

SICCI believes that achieving sustainable and inclusive economic growth hinges on ongoing policy dialogue between the government and the private sector.

Advocacy Officer, Mr John Ta’amora said the Advisory Group established under the Memorandum of Understanding (MoU) SICCI signed with Government in 2017 provides a platform for policy conversation on issues that concerns both parties.

“By utilising the SICCI roundtables, Government and private sector can have a starting point to identify areas for Public Private Partnership,” Mr Ta’amora said.

SICCI will be hosting two more roundtables this year on Telecommunication and Trade Agreements.