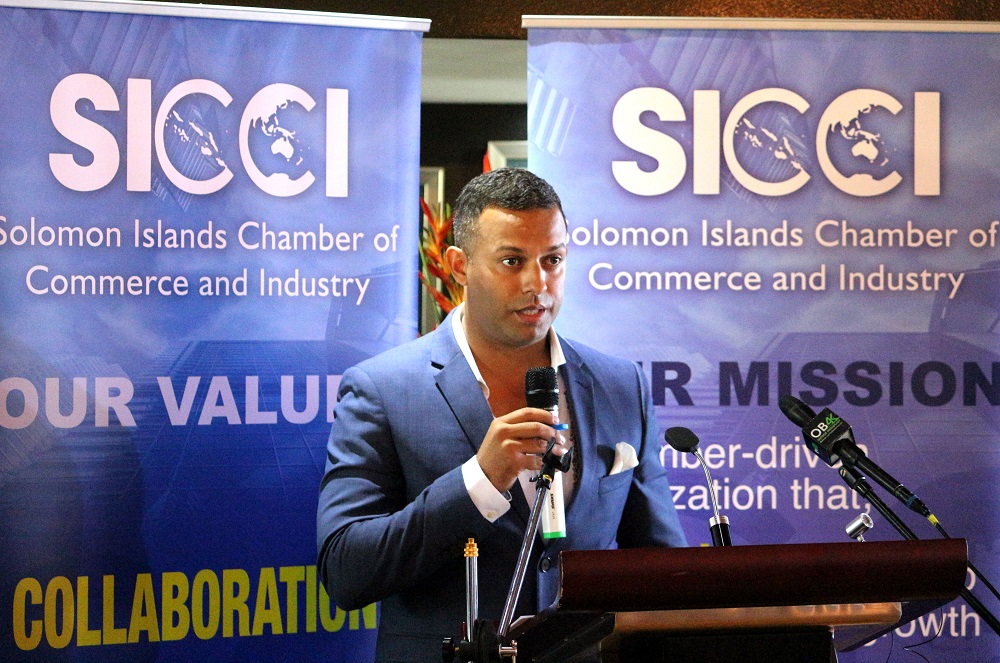 With the Government having made the decision regarding its Taiwan and China foreign relations, the Chamber is embracing the opportunity to explore more what this new relationship will entail.

This is according a statement the Solomon Islands Chamber of Commerce and Industry (SICCI) released today, Tuesday 8 October 2019.

SICCI, as the peak body representing private sector in the country, respects the Government’s decisions regarding its foreign relations policies, especially on PRC and the Republic of China Taiwan.

Further, it clarifies that its activities remain directed towards the growth of private sector in the country.

SICCI released this statement following an invitation by the Office of the Prime Minister to its Board Chairman, Mr Jay Bartlett to be part of Prime Minister Hon Manasseh Sogavare’s delegation that left for China this week.

This will be the Government’s first official state visit since establishing ties a fortnight ago with the PRC.

“The Chamber regards this as an opportunity to find out more about what this means to businesses and the private sector in general. We believe further that this mission would reinforce SICCI in its position as the leading private sector organization in the country.”

“As the peak private sector body in the country, it would be advantageous to be at the table discussing potential vital developments that will be of benefit to not only the private sector, but also the country as a whole,” the SICCI statement says.

“We see that this participation will result in gauging of opportunities to better understand risks. We also look forward to reinforcing our view that investments in the country will have to consider local content. We are committed to contributing to dialogue that will result in real appreciation of our country’s development aspirations.”

The Chamber understands that representatives of State-Owned Enterprises (SOEs) and other businesses were also invited, although some were not able to make the trip.

Business representatives from the private sector met their own expenses and are not funded by the Solomon Islands Government or the People’s Republic of China.

The SICCI Secretariat, Board and members wishes its Chairman, Mr Jay Bartlett and other private sector representatives, fruitful discussions in Beijing, China.