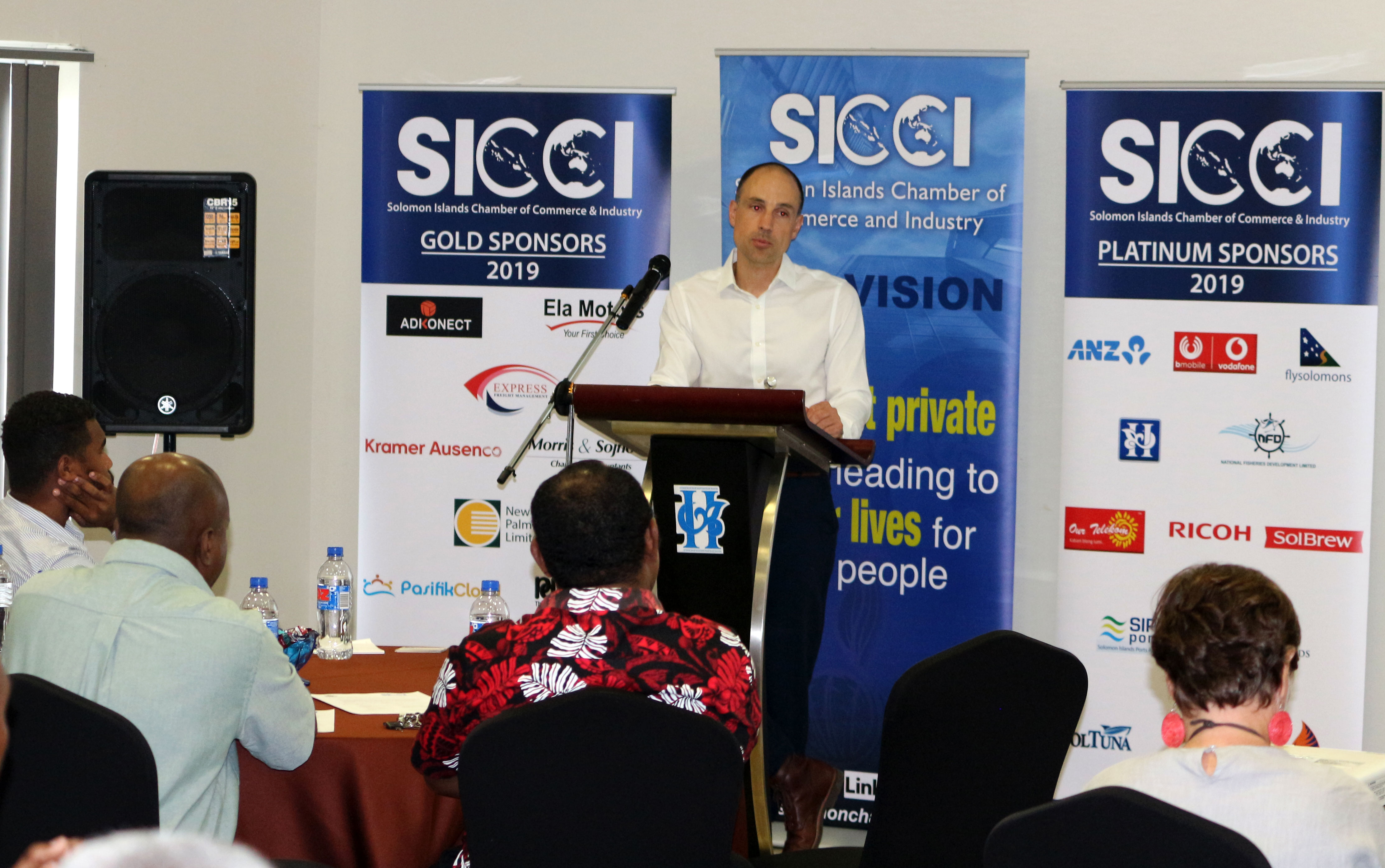 As the peak body representing private sector, the Solomon Islands Chamber of Commerce and Industry (SICCI) is committed to working in partnership with the Solomon Islands Government (SIG) and relevant stakeholders in addressing the economic infrastructure development needs of the country.

AS part of its advocacy efforts, SICCI on Wednesday 17 July 2019 hosted a stakeholders’ forum on the topic ‘Infrastructure Priorities for Private Sector’ attended by private sector representatives. They were briefed by Solomon Islands Government officials and officers of the Australian High Commission in Solomon Islands.

“This forum enabled the Government and private sector to have starting point to identify areas for Public Private Partnership in developing economic infrastructure and transparent policy framework,” he said.

There were two main presentations during the forum after which private sector representatives were given time to ask questions, make comments and give recommendations.

Under the Solomon Islands Infrastructure Program (SIIP), Australia will be providing A$250 million over ten years which focuses on economic infrastructure including transport connectivity, energy, ICT, water and sanitation with potential support for social infrastructure like education and health.

Executive Officer, Mr Nelson Kere, who heads the SICCI Advocacy Department, said infrastructure along with the country’s complex tax system, corruption and land are key impediments to growth and if addressed would help the private sector make a stronger contribution to inclusive economic growth in the Solomon Islands.

“Our advocacy engagement with the Solomon Islands Government remains critical and important in the context of building on the Memorandum of Understanding (MOU) signed with SIG in 2017.

“We are using our discussions at the subsequent Advisory Group levels to drive outcomes all underpinned by the spirit of collaboration,” he said.

Mr Kere said the main objectives of the stakeholders’ forum on infrastructure priorities were to progress one step further, the Consolidated Growth Priority the key document coming from the MoU.

He said comments and recommendations from private sector representatives will be compiled in a single document which will form the overall stand of SICCI in regards to infrastructure development.